An emotion detector trained on 13700+ images utilizing scikit learn and HOG-SVM. May be uploaded on a Raspberry Pi 3b to implement computer vision and camera attachment in near future.

This project utilizes scikit learn to categorize the emotion of a face into one of 8 categories. This is done with HOG-SVM (Histogram of Oriented Gradients and Support Vector Machines) trained on the Facial Expressions Dataset by muxspace.

The model may be uploaded on a Raspberry Pi 3b to implement computer vision and a live camera to feed in test data near future. This is a updating project!

The final milestone of this project was training, testing, and (attempting) to optimize the model. The model creation was rather straightforward from processing. I used sklearn’s SGD Classifier object (which fit a linear SVM by default) and reached an accuracy of 80%! This was rather impressive, since the data set I used was very uneven in distributiion of varying emotions. 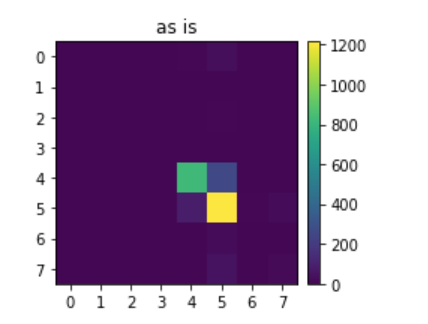 The model worked as I’d hoped, as seen below correctly identifying an image to be anger.

I originally wanted to optimize the model and then upload it onto the Raspberry Pi, but due to some unknown errors (for now) I was unable to create the Pipeline. My computer kept crashing trying to run the following cell:

The second milestone of my project was creating the actual model. At first, I wanted to just detect whether or not someone was smiling for simplicity. However, as the dataset I used had 8 total different emotions that were labelled, I aimed to create an emotion detector.

To do this, I used sklearn to first split my dataset into train and test sets. I leave 20% of the images for testing.

To train the model, I needed to distinguish features for my model to detect. In order to achieve this, I used a Histogram Oriented Gradient/Support Vector Machine (HOG-SVM) approach. HOG is used for feature extraction and will reduce the size of the image to processable chunks.

First Milestone - Setting Up and Preprocessing

Next was starting on the code for this project. I finished preprocessing the Facial Expressions Dataset, which categorizes over 13,000 pictures into 8 expressions after a long time due to complications with my process.

For example, I initially ran my code on Google Colab, which, unfortunately could not save a fully preprocessed version of my dataset in the form of a pickle file.

As seen in the gif of the save data bar, running my code on Colab was too slow and limited RAM provided by Google Colab stopped this process at around 70%. Thus, I moved my code to be locally hosted and used Jupyter Notebooks. There was a marginal improvement in the runtime of this saving process as the rate of completion basically tripled (up to around 100 iterations/second), but this allowed other problems to show, like saving inconsistent images and not properly saving strings in the dataframe. After a lot of debugging, the final save data method can be seen below, which properly saved the entire dataset into a pickle file. 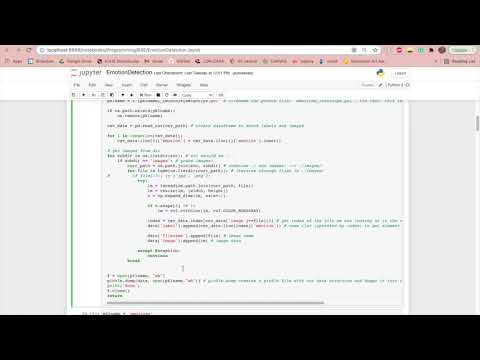